Indiana has been baking in a heat wave for what seems like the better part of a month. Although I have neglected this blog during that time, I have taken a few sweaty bike rides.

If you really, really want to see a Dickcissel, though, just go to any farm field with utility wires strung alongside it.

On one particularly Dickcissely stretch of road south of town, I found some of their friends. Chief among them were numerous Grasshopper Sparrows, which are always a good sparrow to have around. They were also hanging out with Savannah Sparrows, which were the first ones I saw since my trip to Ouabache State Park, meaning I officially got them back on the green list for the year (which is up to 128, thanks for asking). 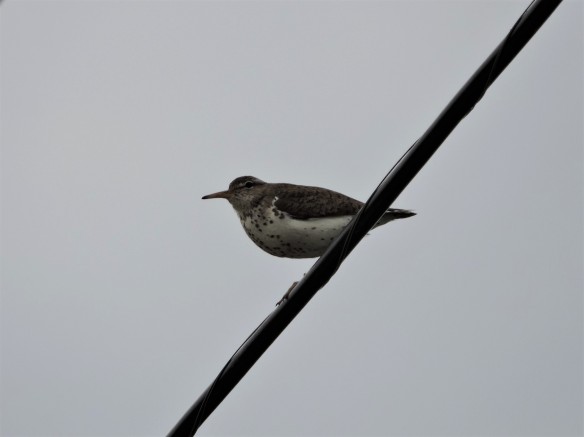 Another bird on the same stretch of wires with all of the sparrows and Dickcissels was this guy. I know Spotted Sandpiper is the goofy uncle of the sandpiper family, but this behavior was just taking it too far.

With as hot as it’s been, I have mostly been able to tolerate short bursts of birding from the yard. This Red-eyed Vireo was new for the yard before the weather became unbearable. In the 16 months we have been in our current home, the yard list is now up to 62 species. 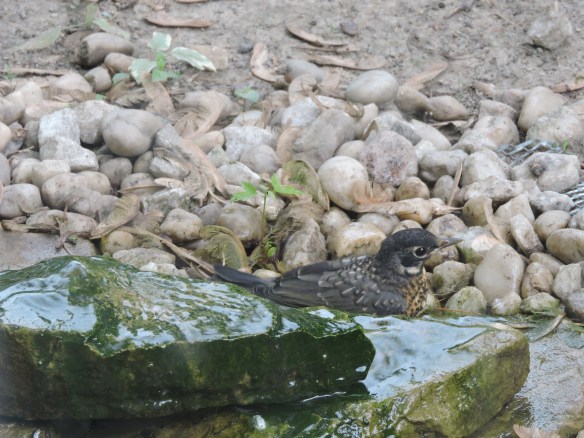 The yard birding has also benefitted from the bird bubbler, which one day hosted a long-staying juvenile American Robin. It found the water source and then just sat in it. For like half an hour.

Parents just don’t get it

But like all the things that youth think are cool, once its mom found the fountain, the baby was all of a sudden less interested.

Fortunately for me, my kids are still young enough that they like the same stuff I do. Earlier in June while Jaime was in Toronto, I had several days alone with the kids. The best one among them was the day that we went to Fox Island, which is usually a birding destination for me by myself. 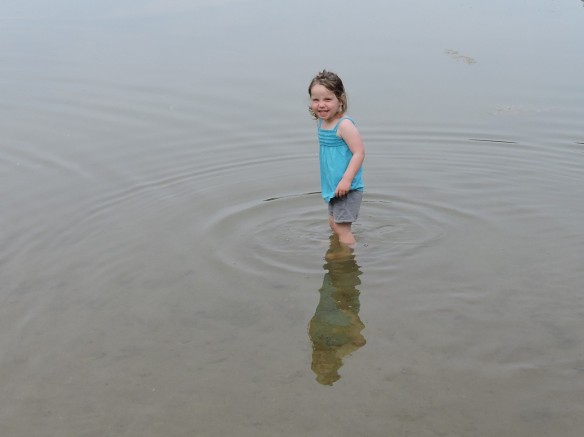 They loved it. Or at least wading in the quasi-nasty pond. Walter also felt inspired to add a few birds to his own personal life list. The outdoors are pretty great!