Because there was so much to do and see, Jaime and I didn’t really go on any true birding excursions, so all that I ended up seeing were the most common city birds where we were. But the birds of Europe are vastly different from what you can get in North America, so I had 19 lifers! And in addition to that, I was able to see three birds in their native ranges that are considered invasive species in the United States, plus one that makes its home naturally on both sides of the Atlantic. Oh, and there were also pigeons. To make this easier to digest, I now present to you my first in a two-part series of European birds: 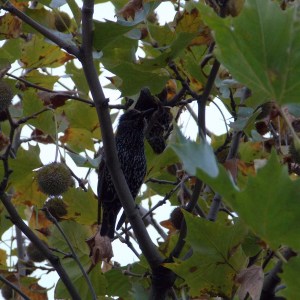 If you see a nebulous black cloud of birds in the fall in Indiana (or elsewhere across the US, for that matter), it’s a pretty good chance that they are European Starlings, a pest bird and invasive species that was brought to America by some fool who wanted the birds of Shakespeare’s plays to live here. Its population exploded and got us where we are today. In Europe, though, the bird is actually a part of the natural biosphere and not nearly as common, so I was excited to see this one by the Tower of London! 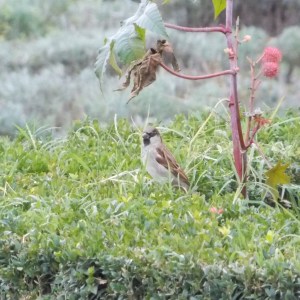 Now, take everything I said above about the Starling (including the part about Shakespeare) and apply it to the House Sparrow, except this one was seen at Tuileries in Paris! 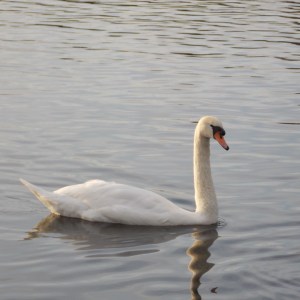 Now, take everything about the Starling and House Sparrow, substitute the Shakespeare parts for people just thinking it looked pretty on park ponds in the US, and you have the Mute Swan. 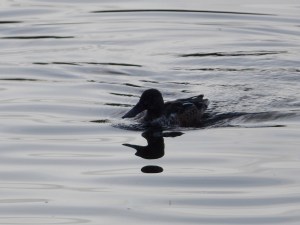 The Northern Shoveler is also regularly seen in North America, but unlike the last three birds, it exists there naturally. Still, I was excited to see this one at Hyde Park in London because I had only ever seen one before, and I didn’t have a picture. 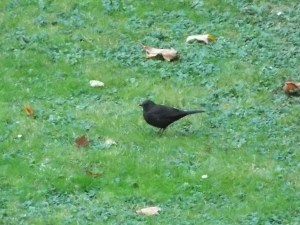 Now on to the life birds! The Common Blackbird is not closely related to American blackbirds, but it is a thrush like the American Robin. This one was running around the Tower of London’s moat. 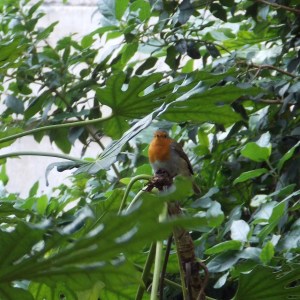 And unlike the Common Blackbird, European Robins have pretty much nothing in common with American Robins except for their color pattern, which is how the Yankee version got its name. This one was seen at Saint Paul’s Cathedral in London. 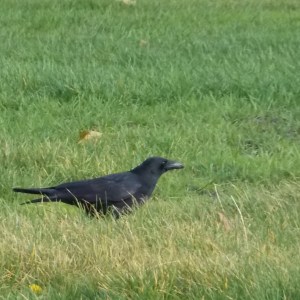 Another bird with American dopplegangers is the Carrion Crow, which as far as I can tell is only differentiated from the American Crow by the fact that it doesn’t live in America. This was another bird seen at Hyde Park. 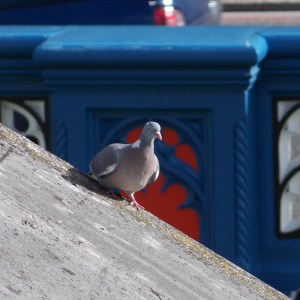 The Common Wood Pigeon seems to be quite similar to the feral Rock Pigeons of every city in the world, but they are actually different. The first difference, which can’t be seen from this photo, is that they are about the size of a chicken. The second is that they have a big white spot on the side of their necks. The third is that they are much more likely to be hiding up in tree canopies than foraging for trash in the street, even though this one was perched on the Tower Bridge in London. 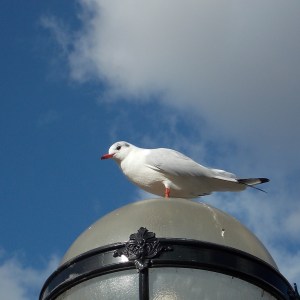 Probably the most numerous bird I saw in all of Europe was the Black-Headed Gull. In winter, they lose their black heads which is why the bird above does not seem to fit its name. In any case, these animals choked the Thames and the Seine in equal numbers. Oh well! Lifer anyway! 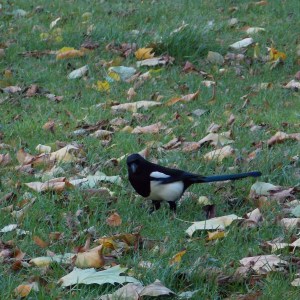 Another ridiculously common bird of Europe, but much more interesting than the others above, is the Eurasian Magpie. They are related to crows but are prettier to look at and seem to be much more clever.