As you may have guessed, February was a slow month bird wise. But March started pretty strong, so I will begin there.

Yesterday I went on my first long bike outing of 2018 down to Eagle Marsh. I was hoping to get a few early spring migrants, and I largely succeeded with FOGY (first of green year — a new term coined by Emily, who is doing a Wisconsin Green Big Year at The Big Gear) species including Common Grackle, Song Sparrow, Killdeer, etc. It was a windy day, so most birds laid low. But a Northern Shrike surprised me greatly. It was only the second one I have ever seen, and somehow it was also the first one ever recorded at Eagle Marsh, despite that preserve being objectively the best and most covered birding location in Allen County with a species list of over 230. The fact that it was also a Bike Shrike made it even better. This bird will undoubtedly make my obligatory “best of” list at the end of the year.

My Shrike glory powered me home through some fierce headwinds, where I then went with the family to Lions Park directly across the street from my house. As the kids were making themselves dizzy on the tire swing, I saw an unmistakable Red-headed Woodpecker flitting around in the oaks, with my house in the background less than 100 yards away. I have lived here for almost a year, and I have never seen a Red-headed Woodpecker at the park, but it looked like it might have even been checking out a hole for nesting. I will definitely be checking back frequently for this bird, and also keeping a steady lookout for the day I can count it as a yard bird. This is the hardest of the seven Indiana woodpecker species to come by, so getting it in my neighborhood on Shrike Day was gravy on top of an already great birding day. With it, my green list sits at 48 species for the year. 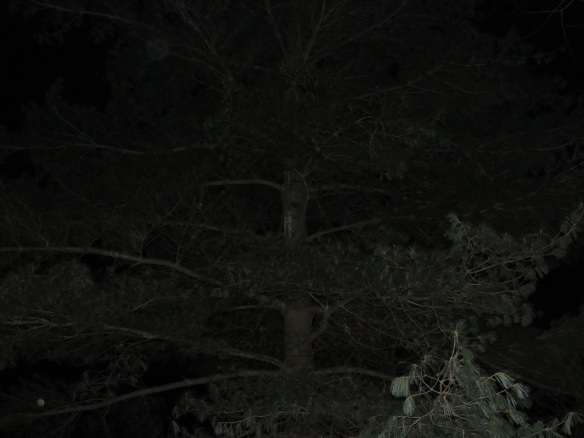 Speaking of the yard, I came home from the gym one night in February to hear a strange squeaking noise coming from the trees above the driveway. Hoping for a cool owl or something, I spent a few minutes watching. When movement finally let me track the source of the voice, I was thrilled to discover several Southern Flying Squirrels all cavorting about the trees in my yard! Lifer mammal! I have neither seen nor heard them since, but this was a very cool encounter. I dashed inside to grab my camera, interrupting Jaime’s ladies’ wine night, to try and manage a photo. I failed, but it made for an interesting new track to the conversation that was happening in the kitchen. 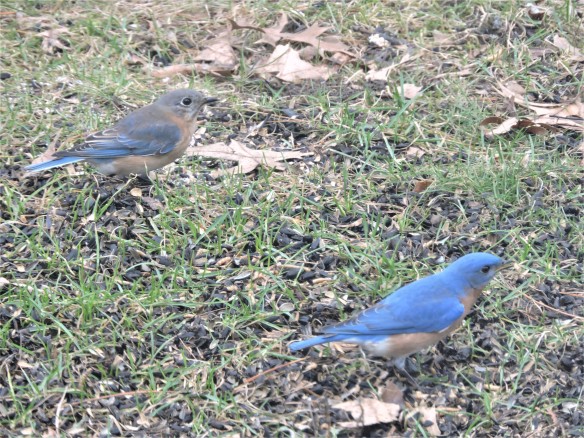 Still in the yard, I now want to introduce you to Bluebert and his mate. They are a pair of Eastern Bluebirds that have been foraging in our yard and even coming to the feeder for the last couple of weeks. Jaime first alerted me to them when I was in the shower, which I exited, still dripping wet, to see them from the bathroom window so that they could be counted as a proper yard bird for the first time. I always thought it was weird how into bluebirds some people are, but now that I have a pair of my own as feeder birds I totally get it.

In keeping with pairs of birds, here is a pair of Downies that have also been patronizing our buffet. The male and female were on a date. 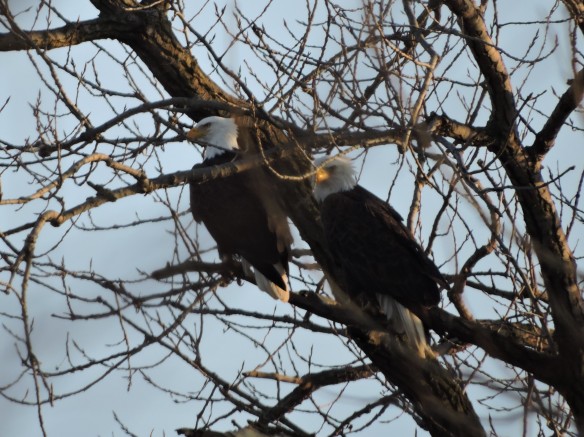 I was not intentionally planning on taking pictures of bird pairs, but that was the theme that emerged as I was looking at the photos I have taken over the last two months. This pair of Bald Eagles showed up at the water treatment plant at the end of January. It was the first time I have seen a pair in the city.

The final pair photo is this couple of Eastern Chipmunks that have enjoyed the leftover scraps from a basement waterproofing project that we just finished. The one on the left only has half of a tail, so the kids have dubbed him the No-Munk. He’s no flying squirrel, but he has been around ever since we moved in, and it is cool to be able to identify the varmint as an individual.

2013 was an insane year, as I have mentioned in previous posts. However, I was able to get out one last time with the hopes of closing down my year list in a big way, and I think I succeeded. I began the year by dipping on a vagrant bird from the west (remember the Varied Thrush?) but was able to end by striking gold with a Snowy Owl. 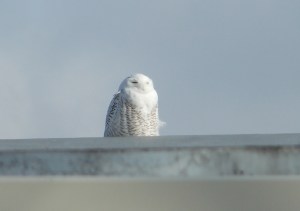 This Snowy Owl (#149 and LIFER) is one of about 20 that have descended upon Indiana this year. It has been hanging out in the town of Wabash for the better part of three weeks, and once my work travel and holiday plans wound down, I was able to go after it. I spent the better part of an hour circling the Wal-Mart and surrounding strip malls scanning the rooftops looking for this Arctic beast, because that was where it was reportedly hanging out. After committing to one last pass before giving up, I finally saw it on a building down the street from where it was reported to be. It gave me a great photo opportunity and didn’t seem to mind my presence (probably because it was about 30 feet above and 30 yards away from me). Then I got to watch it barf up a pellet, which unfortunately I could not get on camera.

Following that success, I set my sights on ending the year with a round number. So on the way home I stopped at Arrowhead Prairie. 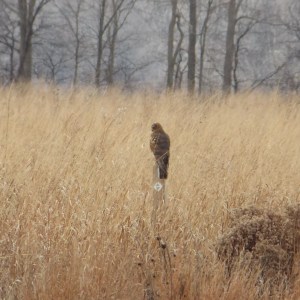 Immediately, I saw several Northern Harriers for #150 (and lifer). This one was polite enough to pose on a trail marker.

I was about ready to head home, until I decided to check out that one last bird silhouette in a distant tree. Expecting it to resolve itself into yet another American Tree Sparrow, I was surprised to see my very first Northern Shrike (#151 and lifer (again!)). I watched it for a few moments, scattering flocks of sparrows as it dove among the weeds.

I ended up finishing my “big year” 99 birds short of my goal of 250, but I am very happy with everything I was able to see this year. I will have a post tomorrow for 10,000 Birds detailing my best bird of the year, and I am looking forward to starting the 2014 list in 2 days!